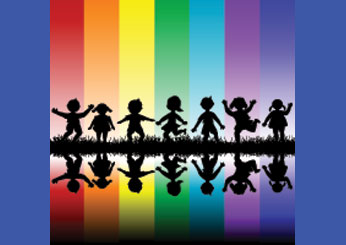 What is ADHD? Attention-deficit/hyperactivity disorder (ADHD) is a very commonly diagnosed childhood disorder.  According to the National Institutes Health it is a problem with inattentiveness, impulsiveness, over-activity, or a combination of them.

What are the signs of ADHD? Easily distracted, fidgeting excessively, trouble maintaining attention, dislikes tasks that require mental effort, interrupts games or conversations frequently, always “on the go”, states answers before the questions are finished being asked, forgetful, excessive talker, difficulty following instructions, and fails to finish tasks.  The preceding is just a partial list.

The American Psychiatric Association in (DSM-IV-TR) reports that 3%-7% of school aged children between the ages of 4-17 have been diagnosed with ADHD.  Parents reported in a survey that 9.5% of children within this age group have been diagnosed with it which equates to 5.4 million children.  It is more prevalent in boys than girls.  Parents also reported that children with ADHD had 3 times more problems with their peers versus children without ADHD.  It has an estimated economic cost of $36 to $52 billion dollars annually.

Simple, or not so simple, neurology…

Frontal lobe- It filters, coordinates, and integrates the incoming sensory information from your various senses.  In a patient with ADHD this lobe is functioning poorly.  They are hit with a barrage of incoming information while not being able to properly filter the unimportant incoming information.  They are, in turn, overstimulated and not effectively able to direct, i.e. focus, their attention appropriately.

Reticular Activating System- The base of the RAS is located at the top of the spinal cord.  It is involved in whether or not a child is impulsive or exhibits self-control, learning, and motivation.

Can chiropractic help? Yes!  There have been case reports and small studies published by chiropractors in the field demonstrating behavioral improvements in children with ADHD.  Dr. Melillo, a chiropractic neurologist, states “Anything affecting postural muscles will influence brain development.  Musculoskeletal imbalance will create imbalance of brain activity, and one part of the brain will develop faster than the other, and that’s what’s happening in ADHD patients.”

As many as 68% of parents with children having behavioral disorders, like ADHD, are seeking complementary and alternative medical treatment like chiropractic.

When parents are seeking out a chiropractor to treat their child for ADHD they need to ask the practitioner if they have experience with treating children for ADHD.  Care should also begin with a trial period to assess the efficacy of the treatment provided.